Los Angeles is on a roll with the iconic lobster sandwich. We’ve seen a proliferation of the East Coast staple over the years, but now it’s in full-tilt mode with options ranging from the traditional Northeast styles to fusion makeovers (think gochujang, Old Bay and potato chip garnishes). Whether you like your lobster meat chilled with a touch of mayo, a tad warm and drizzled with butter or somewhere in between, we swing in every direction as long as the meat is fresh and the buns are toasted. Here are 15 dynamite renditions to add to your must-eat list. 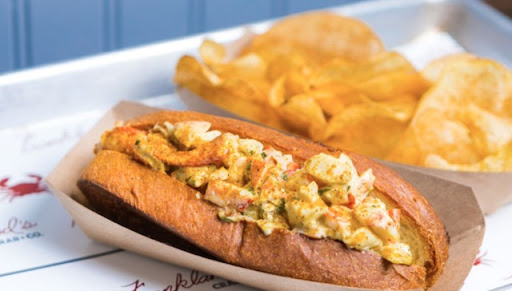 Bringing a bite of the sea to the Valley, chef Phillip Frankland Lee debuted this seafood-focused spot in the same complex as his Scratch Bar & Kitchen and Woodley Proper. The modern seafood shack features everything from oysters on the half shell to the loaded lobster rolls with whipped rémoulade, pickles and celery salt on a house-baked buttery brioche roll. Carb-averse? Get it over lettuce. 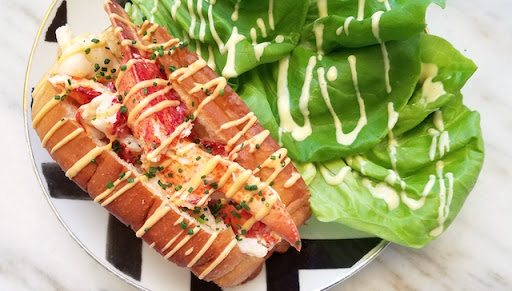 ​The most notable thing about the extravagant lobster roll at the Montage Beverly Hills restaurant is that there’s a whole lobster stuffed in the brioche bun — and the price tag proves it. The tender meat is laced with Coleman’s mustard and served with Bibb lettuce. Find it on the lunch menu only. 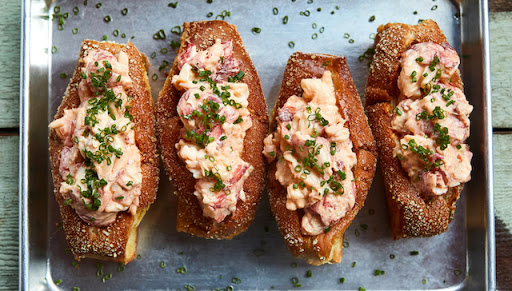 Each of these gastropubs features a few exclusive dishes to the location. Santa Monica, being close to the ocean, has the most seafood. But just like a burger isn’t just a burger here, the lobster roll isn’t your typical one. Dressed with Kewpie mayo and gochujang, it’s a rich and savory offering with a twist. 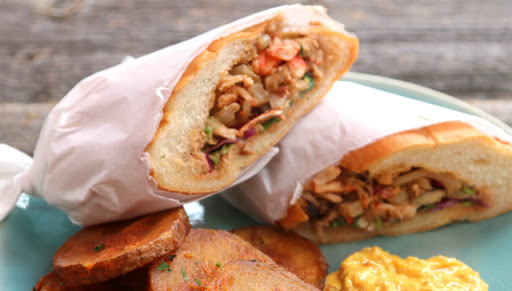 Mark Peel transformed his Grand Central Market seafood counter to feature more classic dishes alongside the steamed specialties. The chef offers a new twist on the lobster roll: chunks of lobster meat that’s been stewed with onions and more, stuffed inside a baguette and sided by potatoes, spicy coleslaw and bacon rouille. Heads up: A Pasadena location will open this summer. 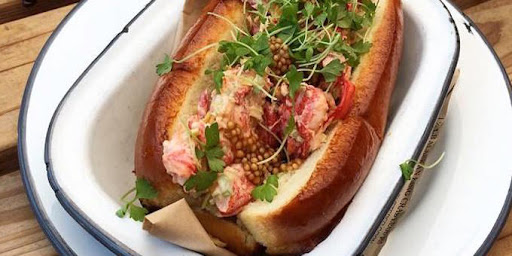 Toppings like pickled mustard seeds and — the clincher — potato chip crumbs make this a flavor and texture bomb. Find it at both Dockside, the full-service dining room, and King Beach, the all-day cafe, at Brooke Williamson and Nick Roberts’ Playa del Rey complex. 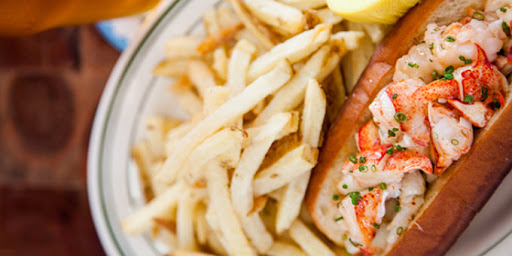 The lobster rolls are darn near perfect at Michael Cimarusti’s sprawling West Hollywood seafood “shack.” The split-top rolls are buttered and toasted, overflowing with sweet lobster meat either tossed in a mayo dressing or warm with butter and a few pretty celery leaves on top for good measure. They come with a slaw or fries. If you’re getting two rolls, get slaw and fries. Don’t feel like a full sit down? Head to Cimarusti’s Cape Seafood & Provisions shop for a quick lobster roll fix. 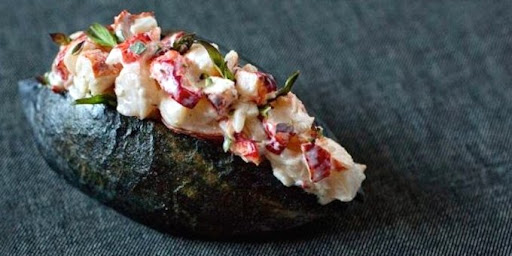 One of the most unique lobster rolls in town is this stunner at the Century City restaurant. Made with charcoal, the bun is jet black with a touch of smoky flavor, and the lobster meat gets a bit of heat from curry, chiles and Thai basil. It’s a beautiful and delicious rendition that fits the chic and contemporary space, and since Hinoki is open for lunch, makes a perfect patio snack. 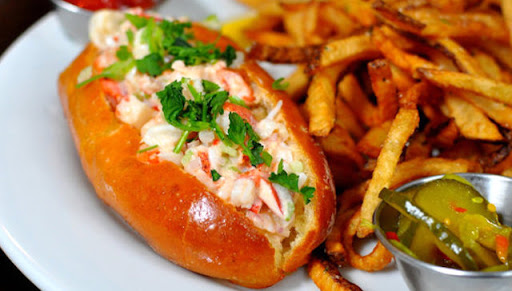 David Lentz was one of the first chefs to bring his version of a classic East Coast–style lobster roll to the LA area when he opened the Hollywood Hungry Cat more than 10 years ago. The sandwich is on the petite side, but it’s chock-full of fresh lobster meat tossed in a light lemon aïoli, some herbs, with the challah bun beautifully toasted and buttery. 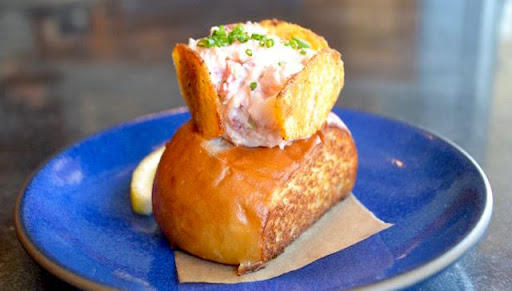 Credit: Son of a Gun

Son of a Gun

The lobster roll at Jon Shook and Vinny Dotolo’s seafood spot is a tiny thing of beauty. The chilled salad is chock-full of goodness, from the chunks of lobster meat to the celery and lemon aïoli. It’s bite-size, sure, but how can you not love something that’s garnished with fresh potato chips…on top of the sandwich? Get two. 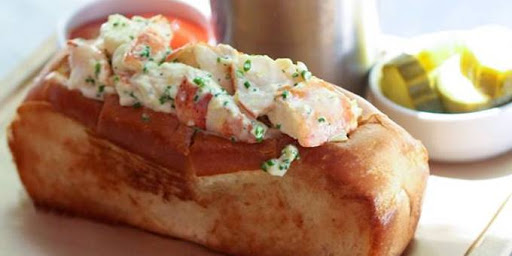 The menus at both the Santa Monica and Downtown locations are filled with things like fish ‘n’ chips, clam chowder and grilled whole fish. But the lobster roll is a standout: The split-top bun is toasted, the meat is warm and drizzled with butter, and the whole thing comes with a side of excellent fries and housemade pickles. 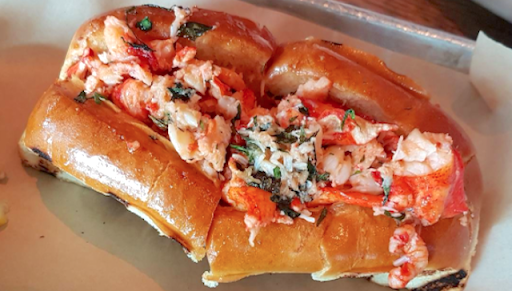 Koreatown’s swinging seafood spot makes a lobster roll as authentic as any you’d find in New England. No mayo here. Instead the sweet, pink lobster meat is laced with tarragon butter and a bit of sea salt and stuffed in a soft brioche bun. If you can’t make it to K-town, there are now locations in Woodland Hills, Irvine, Arcadia and coming soon to Torrance. 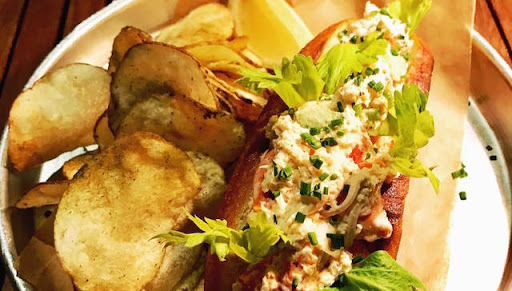 The still buzzy Silver Lake restaurant proves that you don’t have to be near the ocean to serve great seafood. The lobster roll is served warm with butter, caramelized onion and spiced with a bit of Old Bay. It comes with housemade sour cream and onion potato chips. Ask for some bubbly to sip alongside it. 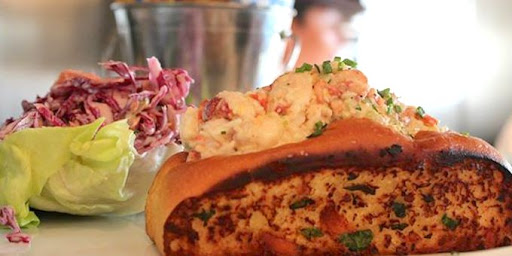 The roll at this Santa Monica spot is simple but a winner with fresh lobster meat, a light dressing and a good roll. The fries are pretty dynamite as well, as is the view from the patio: ocean as far as the eye can see. 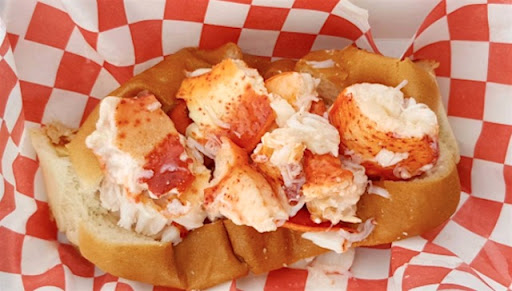 One of the OG food trucks on the scene, this bright red rig is still rolling around LA. You have a choice between butter and a light mayonnaise dressing on this roll filled with big chunks of fresh Maine lobster. Both are truly satisfying, served on a toasted split-top bun, just the way it should be. Our advice: Go with the extra meat. That $5 extra is worth every succulent bite. And maybe throw in some chowda and a bag of Cape Cod chips for good measure. 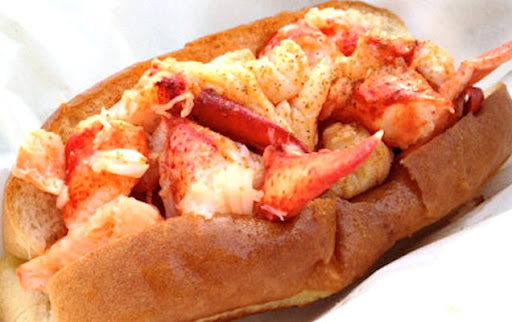 What started out as a truck popping up around LA — there are now trucks in 14 different cities — the cousins behind Cousins opened a brick-and-mortar spot in West Hollywood. Like the original on four wheels, you can get both Connecticut- and Maine-style rolls, the former served warm and drizzled with butter, the latter cold with a light touch of mayo. The Connecticut-style wins out here for its sheer simplicity, just big chunks of lobster meat on a split-top roll. P.S. Yes, you can get the rolls delivered.