Like movies, theater and art, fall brings some of the best and biggest restaurant openings of the year — and this year is no different, with New Yorkers cashing in on our hot scene, including Eataly finally debuting in Century City, April Bloomfield opening a restaurant in Hollywood, Dominique Ansel adding more than Cronuts to The Grove, and Daniel Mumm bringing NoMad to Downtown. Local superstars like Quinn and Karen Hatfield, Bill Chait and Ludovic Lefebvre have more on tap this season as well. Here are some of the heavyweights to look for this fall. 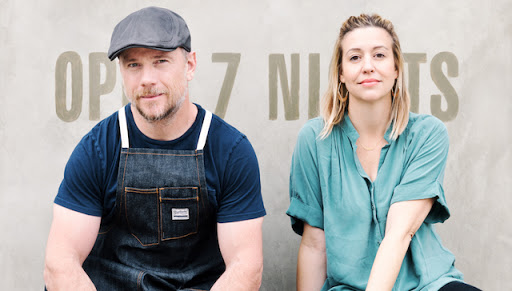 The Mighty
ETA: Early September
Following their success at The Sycamore Kitchen and Odys + Penelope, Karen and Quinn Hatfield will open an all-day modern spot in the landmark Higgins Building Downtown. Open breakfast through dinner, there will be everything from Karen’s pastries and breads to old-fashioned layer cakes, open-faced sandwiches, fresh salads, handmade pastas and more. 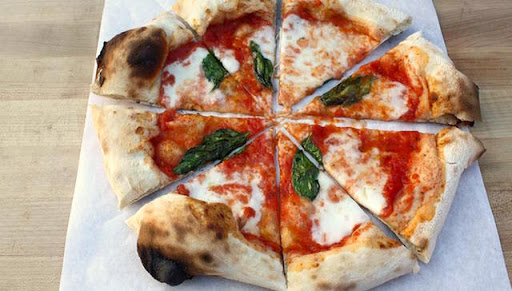 The Urban Oven
ETA: Mid-September
Chef Scott Tremonti has made a lot of fans with his wood-fired artisanal pizzas from a truck, and next he’ll move the operation to a brick-and-mortar spot at The Bloc in Downtown.

Hearth & Hound
ETA: Late September
One of the biggest things to come to Hollywood since Hamilton, The Spotted Pig’s April Bloomfield and Ken Friedman will debut their still-unnamed restaurant in the former Cat & Fiddle spot. They completely gutted both the neighborhood-favorite patio and interior and had it transformed into a Mediterranean-inspired paradise. The historic building remains with a newly beautified Spanish courtyard with lush vegetation and a century-old olive tree. Inside, original rustic wood beams and vaulted ceiling have been revealed, plus a skylight, Moroccan tiles and a brick hearth in the kitchen. The menu will feature seasonal vegetables from California’s bounty, whole animals roasted on a spit and anything that comes out of that big wood-burning oven. 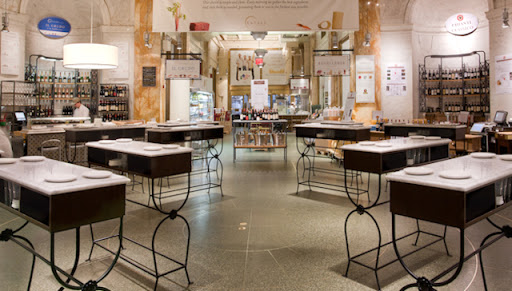 Eataly
ETA: Early fall
In addition to myriad new restaurants expected to open at the Century City Westfield in the coming year, the grande dame of Italian foods will finally make its LA debut this fall. Backed by Lidia Bastianich, her son Joe and master chef Mario Batali, Eataly has been a hit in New York since 2013, and garnered more foodie fervor with every opening since. The first for the West Coast, the massive space will feature multiple sit-down restaurants and cafes, plus departments offering the best in Italian baked goods, seafood, pasta, meats, olive oil, cheeses, cooking classes and more. Total game changer. 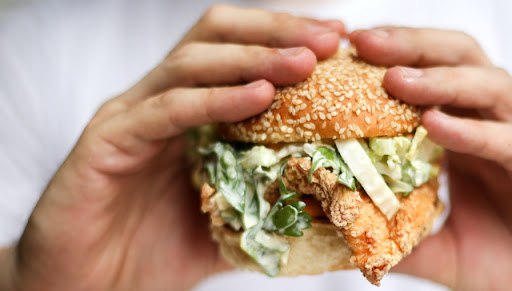 Little Ruby
ETA: Early fall
Hailing from New York City, this outpost of the original Ruby’s Cafe will bring its Aussie-inspired vibe to Santa Monica. From restaurateur Nick Mathers, this West Coast Ruby’s will feature a produce-driven menu for breakfast, lunch and dinner, plus coffee, juices, smoothies and more. The look is sort of like a modern beach house with whitewashed wood, ceramic tiles and its trademark roll-up garage door and pink neon. 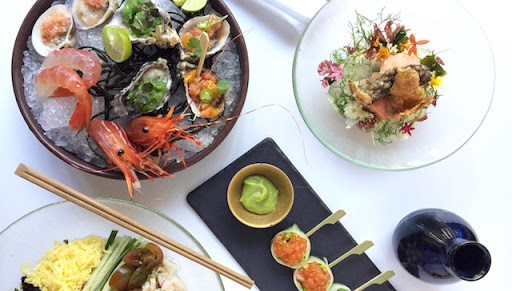 Umi by Hamasaku
ETA: Early October
This casual izakaya from chef Yoya Takahashi and the Hamasaku team is the first concept to come out of the long-standing West LA sushi bar since it opened. Located at The Point complex in El Segundo, Takahashi will offer a seafood-focused menu with a raw bar, plus sushi, sashimi and Japanese small plates. The craft beer and sake menu will probably be exemplary.

Eve American Bistro at Mayfair Hotel
ETA: October
Paying homage to The Mayfair’s rich, literary past, this modern American restaurant is named for Eve Cressy, the sultry main character in Raymond Chandler’s short story, “I’ll Be Waiting,” which he wrote while living at the hotel with his mistress. Overseen by a Hell’s Kitchen winner, Scott Commings, the menu will feature things like rotisserie meats and a raw bar, and the hearty brunch will have a carvery station and an entire menu of eggs Benedict. Other concepts to open at the hotel include the Fairground Coffee & Tea Bar and M Bar & The Library for cocktails. 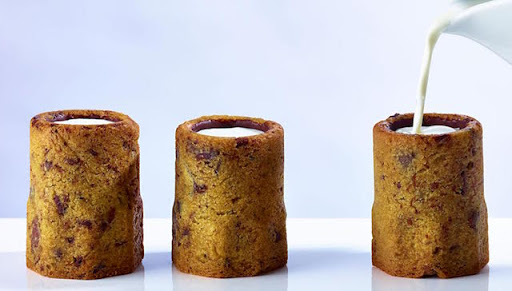 189 By Dominique Ansel
ETA: November
We’ve had the Cronut knock-offs, but we’re finally getting the real thing when famed New York chef Dominique Ansel brings them and so much more to LA with this expansive two-story restaurant and bakery. Located at The Grove, this marks Ansel’s largest project to date, his first full restaurant with a bar, patios and terraces, brunch service, big open kitchens and more. While we’ll also get a taste of the savory side of the chef’s creations, there will still be plenty of cookie shots and frozen s’mores to go around.

The NoMad LA
ETA: November
That NoMad truck has been running around LA for a reason: Restaurateur Will Guidara and chef Daniel Humm will finally debut their restaurant in the new NoMad Hotel in the Financial District. The building has great bones — it opened in 1923 as the LA headquarters for the Bank of Italy — so expect a jaw-dropping design incorporating the already lavish marble floors and gold ceilings.

Tesse
ETA: November
Former Sprout Group head Bill Chait is back in the game in a big way in the coming year. Along with having a hand in Tartine Manufactory and April Bloomfield’s new project, he’s partnering with Raphael Francois (formerly of Helene Darroze in Paris, Le Cirque in New York and most recently Le DeSales in Washington, DC) and pastry chef Sally Camacho Mueller on this casual, modern French restaurant in West Hollywood. Tesse, a play on délicatesse, which in French means “delicious” or “tasty,” will be located in the same mixed-use project as the new Fred Segal Sunset 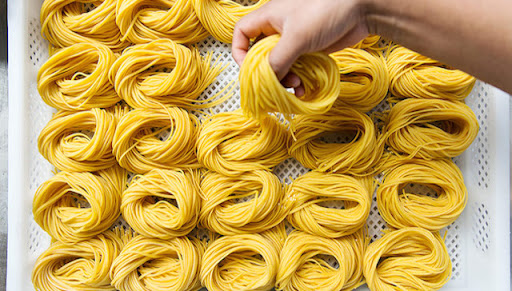 Dopolavoro
ETA: November
The team behind Terroni — Max Stefanelli, Shereen Arazm, and Cosimo and Vince Mammoliti — will debut a modern neighborhood market and deli in the storefront next to the Downtown restaurant. Look for a “pasta lab” for handmade fresh pastas, plus sauces, charcuterie and cheese, house-baked breads, grab-and-go meals, fresh produce and an extensive dry goods selection. There will be an extensive old-world wine selection too, which you can purchase to take home or to dinner next door.

Prawn Coastal
ETA: Late fall
Mark Peel flipped his Bombo concept at the Grand Central Market to this fast-casual idea, and now he’s taking it to Old Town Pasadena. Opening in the One Colorado courtyard, the restaurant will feature soups, lobster rolls, steam pots and more. 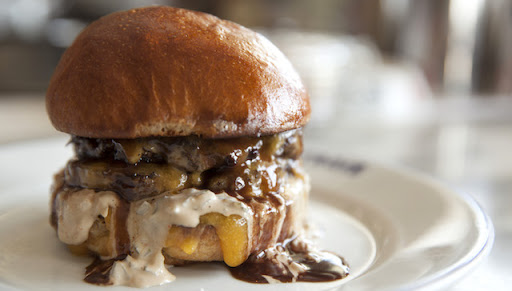 Somni
ETA: Late fall
Taking over the 40-seat Saam room — the secret hideaway for luxe tasting menus at the SLS Hotel — this new concept led José Andrés and ThinkFoodGroup culinary director, Aitor Zabala, will open closer to winter. There aren’t many details yet, but Zabala says, “Somni is an evolution from our past, and we will now be in the right space to make our ‘somni’ (dream) come true.”